Here’s a gorgeous work in progress shot of some

“Wish you were here” postcards didn’t age we

July was certainly a busy month, we welcomed a new Prime Minister, Gregg’s partnered up with JustEat and we had the hottest summer’s day on record. Therefore, it should come as no surprise that there was plenty of fantastic marketing campaigns, much to our joy (being the geeks we are!). Read on as our Leeds Digital Agency takes a look at the month that was July…

Nescafe fends off the competition

Nescafe look to invest £8m into a new marketing campaign as it tries to stay one step ahead of the competition, with its Azera brand.

The coffee giant has released a new brand identity and visual positioning, focusing on the idea of curiosity. When they launched back in 2012,  the coffee giant was ahead of the game with their barista-style instant coffee, but as the years have passed more brands are now introducing a ‘barista’ theme into their drinks. Not only this, but Nescafe Azera have also seen brands using a ‘pop’ of orange in their designs; something which has been synonymous with the Azera brand. The single orange stripe down the front of their packs will now be replaced with a series of orange dots, this opens up the potential to even more new changes however this isn’t something they want to rush in to.

The new campaign from the company sees their instant coffee, ready-to-drink, coffee bags and cold coffees be launched under one master brand for the first time. The curious campaign focuses on ‘curious coffees’ as well as curiosity about the way people see and live life. 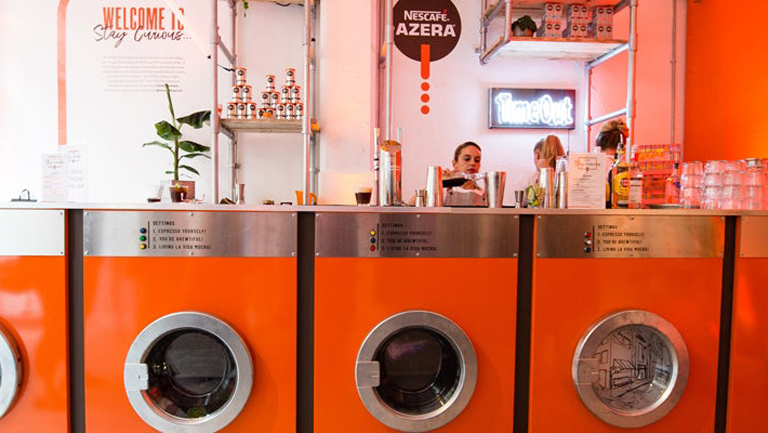 Back in March, we spoke about Monzo and how they were preparing to launch their first TV ad.

Well…their 60 and 30-second TV ads launched at the end of May, and by June they’d had 250,000 new sign-ups, this was up from 150,000 a few months previously. Brand awareness also grew from 35% to 48%. The aim of the campaign was to show people just how easy and speedy it is to open a bank account digitally.

Head of Marketing and Community at Monzo explains ‘It was pretty insane actually. We saw in June by far our biggest month of sign-ups ever…and we are still seeing those impacts today.’ 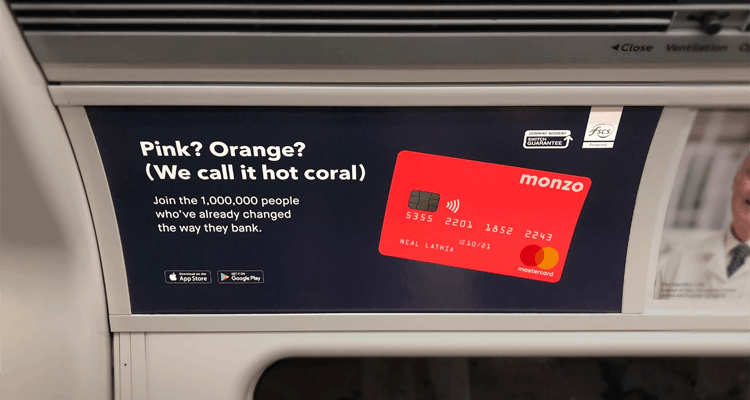 M&S recently launched their ‘Little Shop’ scheme whereby for every £20 spent in-store customers can collect miniature versions of M&S products to form part of a toy set. However, with many people now on a fight against plastic, the question has been raised as to how this is environmentally friendly? Surely producing tiny bits of plastic that are hard to recycle isn’t showing any form of responsibility. Not only that but the plastic toys also come in a plastic wrapper!

M&S has been quick to defend its decision to produce the Little Shop range. Carmel McQuaid, Head of Sustainability at M&S has stressed that their aim with this range is to encourage children to bring their unwanted Little Shop items back into the store when they are done with them and place them into a box where they will either be recycled, or swapped with another customers toys –  it’s almost the modern-day version of sticker books! M&S will also be holding 70 ‘swap’ events across the country in a bid to make sure none of the collectables are wasted.

The concept is a great idea and gets children learning more about where their food comes from, but in reality, are these just tiny bits of plastic that will ultimately be thrown out in general waste and sent to landfill rather than being recycled?

In their latest TV advertising campaign, the National Lottery has enlisted the help of real-life employees to bring their creation to life!

The ad, which went live in the middle of July, sees Michelle on her way to work before eagerly sitting at her desk awaiting a phone call from the lucky winner! Head of Brand Strategy at Camelot, Hayley Stringfellow wanted this campaign to bring to life that if you play the lottery it really could be you who wins! ‘We want everyone to know that not only does someone have to win, but also that people really do win all the time. Who better to show than our contact centre colleagues, who have the pleasure of dealing with lucky winners every single day.’

Their TV ad is also coupled up with OOH advertising including 48 sheets. 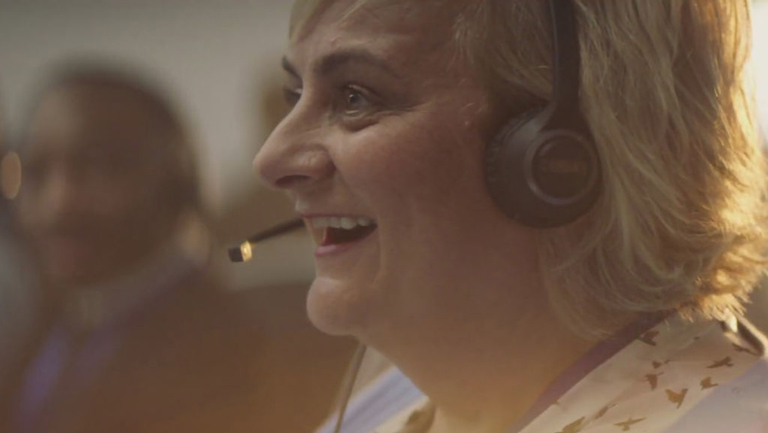